Hello! This is a fantasy webcomic called Runaway Drakaina!

What's Runaway Drakaina about?
Eleanor was a normal girl in a lake-side village, until the day she grew a dragon tail. Since then, her parents have locked her away in a cabin deep in the woods. Luckily, her best friend Jane refuses to leave her side. In fact, the two of them have decided it would be much better to runaway together. They're certain that they can handle this! 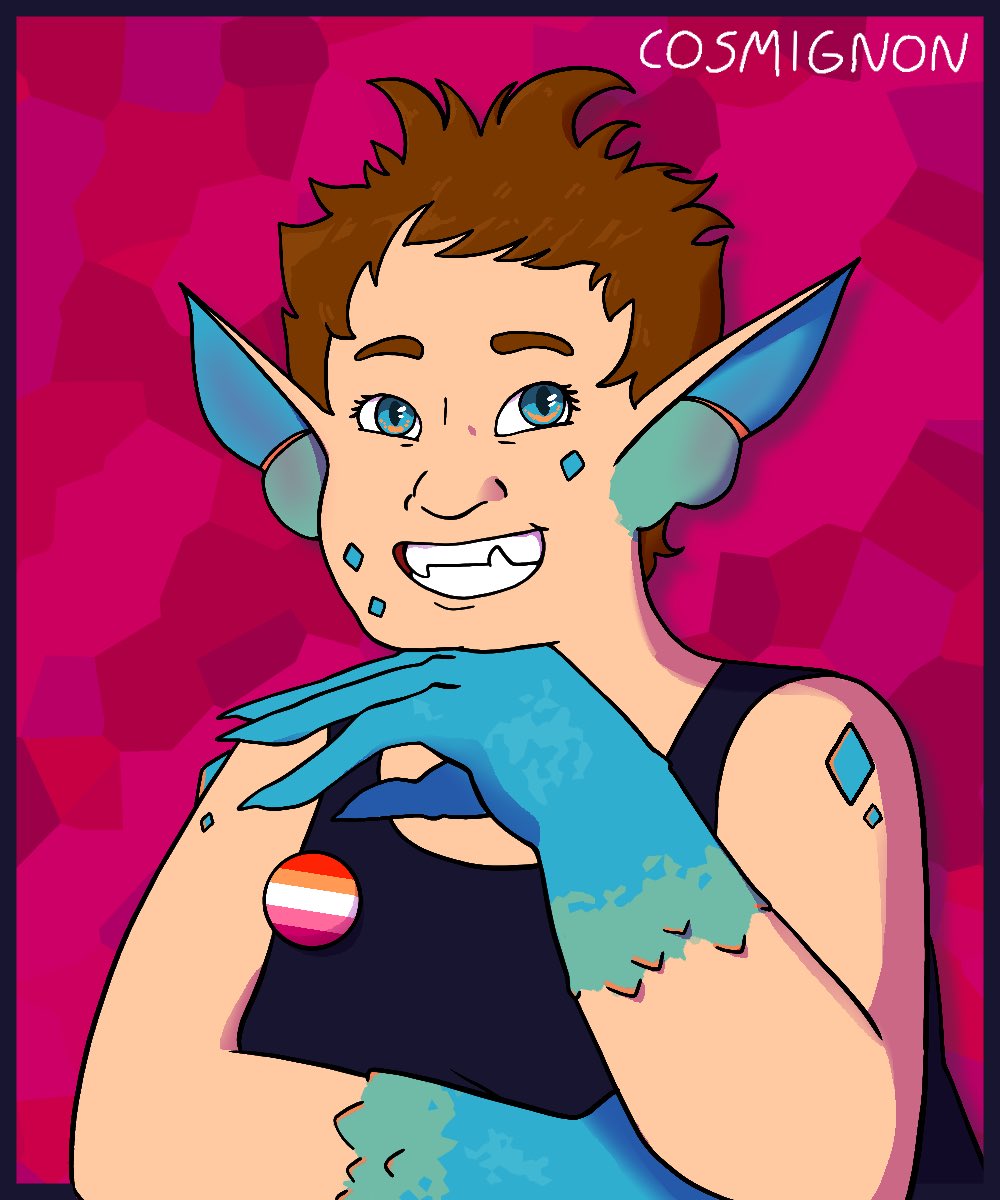 Who makes Runaway Drakaina?
Sara DeVoe is the author & illustrator of this comic. She is a 24 year old lesbian illustrator and comic artist with a passion for fantasy/sci-fi comics! You can learn more about her at her portfolio website!

How can I support Sara?
You can support Sara by either pledging to her patreon
or by following her on twitter and instagram!

Has Sara designed this entire comic by herself?!

Nope! Every so often, she pays talented artists good money to help her realize her vision.
Credit goes to twitter user @BigPuzz for her design work on the interior of the Anderson's cabin.